This week we’ve got big news on our progress with getting animal stories in the media. Jo-Anne McArthur has been awarded Highly Commended in Wildlife Photographer of the Year for her image, “Life and Death in Fur Farming”.

The image is one of 14 Highly Commended images announced on September 1 as a preview of this year’s competition, which attracted entries from photographers of all ages and experience levels from 93 countries. Jo-Anne is awarded in the category of Photojournalism.

“Captured by some of the best photography talent from around the world, the 100 photographs encourage curiosity, connection and wonder. These inspiring images convey human impact on the natural world in a way that words cannot –from the urgency of declining biodiversity to the inspiring bounce back of a protected species.” – Dr Doug Gurr, Director of the Natural History Museum

Life and Death in Fur Farming. Ten, now eight, mink kits in a nest box on a Swedish fur farm. These American mink kits fight for space and to reach their food. A sign indicates two have died. Though the legal cage size is now larger and a two-storey box a requirement for adult mink, with no more than two adults per cage, injuries still occur. Sweden, 2010. Jo-Anne McArthur / Djurrattsalliansen / We Animals Media

Jo-Anne shares some words about the story behind this image and her hopes for its impact:

“The first time I visited fur farms was in 2009. It was a shock to see the decrepit, putrid, mass incarceration of so many animals in so many sheds and tiny cages, offering me yet another of the many moments of disbelief that I experience in my career. I have since photographed fur farming extensively, especially in my home country of Canada, and it is with urgency that I wish for this unnecessary industry to end. I am so happy that we are seeing bans on fur farming in many countries, including those who have traditionally supported a large fur industry.

To say that I’m thrilled that WPY has awarded this mink farming image in their competition is an understatement, because the reason I do this investigative work is so that people can look, consider, discuss, critique, care, change. WPY offers this image of ten, now eight, mink kits and their mother in a cramped nesting box for the world to view. Many people do not know that animals are industrially farmed for their fur. They are unaware of the conditions. They are unaware that these animals are killed by gassing and anal electrocution, or that they are kept in tiny cages by the millions, globally, each year, so that we can wear fur trim, have fur pompoms on our hats, or a poof of fur on a child’s trinket.

I feel passionately about taking photos of fur farming so that the images can help campaigners and policy makers end this industry, and continue to raise awareness amongst the unknowing public. Images are a strong and crucial part of the puzzle when it comes to creating a kinder world for animals.”

Mink farming is an industry where, traditionally, the welfare of these semi‑aquatic, naturally solitary mammals has not been a priority unless it affects the fur. But in 2020, mink farming came under the spotlight when it became clear that not only could mink catch the Covid-19 virus, but that the virus could mutate in mink and be transmitted back to humans. In response, Denmark – then the largest mink-fur producer after China – shut down its industry, killing all 17 million animals, and in the Netherlands and Spain, hundreds of thousands were killed. But in Sweden, after a temporary ban on breeding, the government allowed its 20 or so farms to reopen in 2022.

Djurrattsalliansen, the non-profit organization Jo-Anne was working with when she took this photograph, has played a significant role in fur farm investigations in Sweden, which have helped to bring the number of farms down significantly.

This photograph is as relevant today as it was when it was taken. Sweden is one of the few European countries that still allows fur farms, and although the number of farms here has decreased in recent years, there are still about 20 farms left – where minks are raised in miserable conditions and gassed to death for their fur when they are only a few months old. Opinion polls in Sweden show that a majority of Swedes want to ban mink farms.

Having this image shown in a competition like this will hopefully make many people all over the world aware of how cruelly and unethically we humans treat other animals. It is so important and necessary that the lives of these individuals are being told and showed in order to bring about a change. This award now puts the focus on Sweden – and the country’s politicians should listen to the people and make sure that Sweden joins the ever-growing list of countries that have already banned or phased out fur farms. From our side, we will continue to fight until every farm is closed.” — Malin Gustafsson, spokesperson for Djurrättsalliansen

Fur farms in Canada are also in steep decline. In November 2021, the Canadian province of British Columbia announced it was banning mink farms due to public health risks. This announcement came off the back of ongoing efforts to promote a ban on fur farms across Canada, which have been multi-pronged in approach: activism and advocacy, photojournalism, legal work and pandemic-related health orders. Our visuals have been used extensively throughout related campaigns and initiatives, and this year the country’s first-ever national Bill to ban fur farms was introduced (Bill C-247). Will Canada be next to make fur history?

A big congratulations to all of the photographers who have Highly Commended images in this year’s Wildlife Photographer of the Year competition.

The overall winning images of WPY58 will be announced on 11 October during an exclusive awards ceremony hosted by wildlife TV presenter and conservationist Chris Packham.

A new-look exhibition of the 100 remarkable photographs that illustrate the precious beauty of our planet will open at the Natural History Museum in London on 14 October. The exhibition will then embark on an international tour, bringing the emotive power of wildlife photography to millions of people.

“What’s stayed with me is not just the extraordinary mix of subjects in this year’s collection –a vast panorama of the natural world –but the emotional strength of so many of the pictures.” – Chair of the judging panel, Roz Kidman Cox

For more information on this year’s awards, visit www.nhm.ac.uk/wpy. 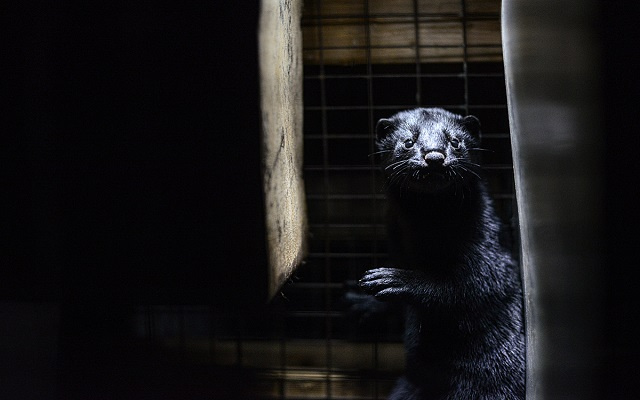 The Decline of Fur Farming in Canada

← New Investigation: Inside Vietnam's Dog Meat Trade And Wet Markets An Exposé of Fur Farming in Quebec →
Share This