On World Press Freedom Day (May 3) we commemorate the importance of press freedom around the globe and highlight the work of the individuals bringing some of the most critical issues of our time into the public eye.

“World Press Freedom Day is a day of support for media which are targets for the restraint, or abolition, of press freedom.” – UNESCO

Our mission as animal photojournalists is to expose the stories of animals that are kept hidden from the public through political and economic agendas; investigative journalism is the main way of doing this. These stories matter and the brave efforts of investigators, journalists, and other media workers worldwide are ensuring they get told. 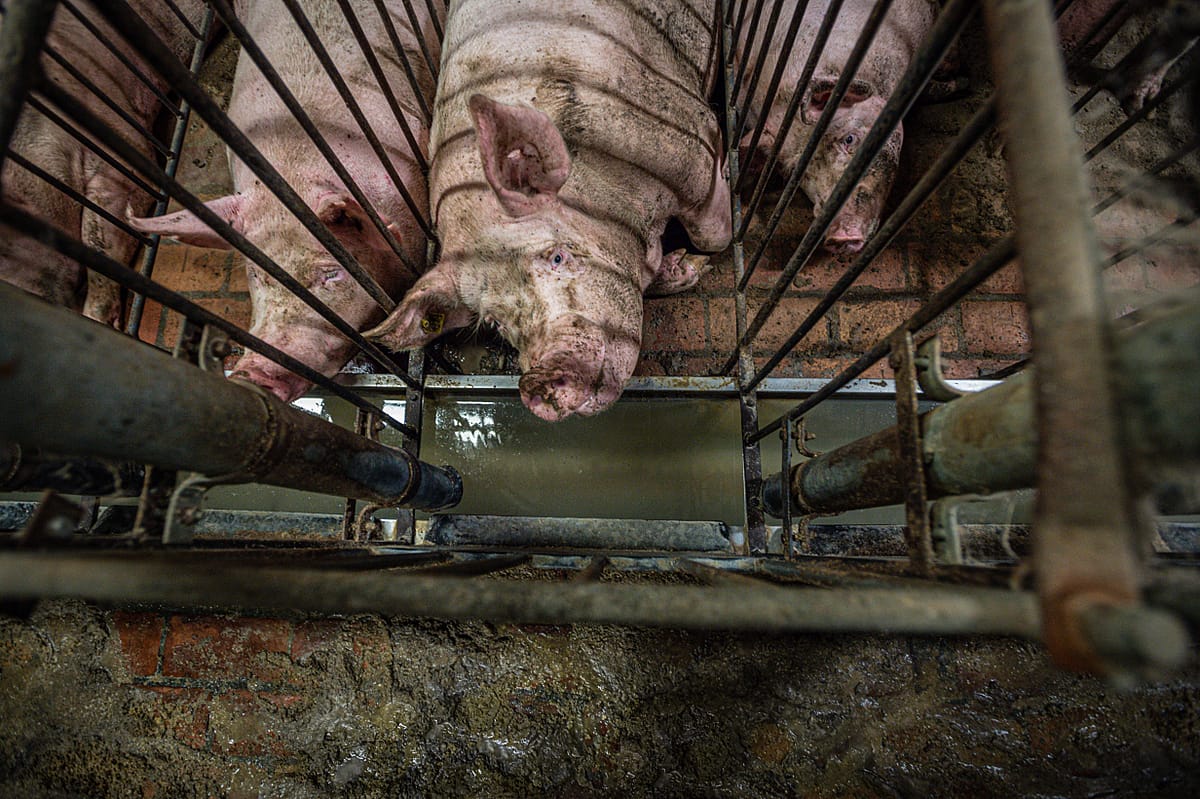 A pregnant sow lies on a floor slick with feces and urine in a cage in which she cannot turn around. This industrial farm in northern Italy housed thousands of pigs in this condition. Italy, 2015. Jo-Anne McArthur / Essere Animali / We Animals Media 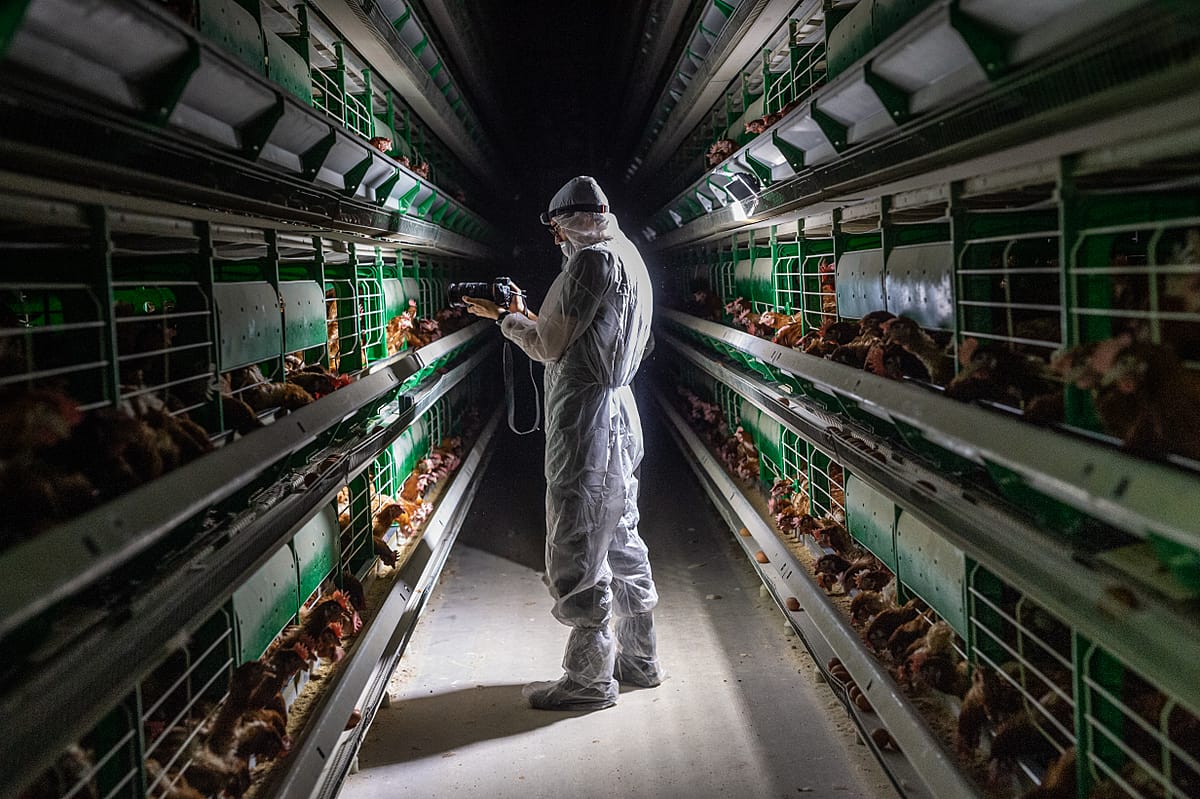 In recent years and in response to animal photojournalists, advocates, and whistleblowers, powerful lobbying efforts on behalf of large corporations have ushered in what are known as agricultural gag (ag-gag) laws, designed to dissuade and criminalize the documentation of animal industries.

Animal advocates are currently challenging the growing number of ag-gag laws in Canada, which, in recent years, has followed suit with the United States despite the fact that multiple US states have since ruled ag-gag bills as unconstitutional and a violation of freedom of expression.

“Not only does the ag-gag law infringe the rights of journalists, advocates, and researchers who engage in these important activities, but it also violates the public’s right to know how animals are treated behind the closed doors of factory farms.” – Kaitlyn Mitchell, Animal Justice Staff Lawyer

Layer hens in a factory farm, an activist documenting in the background. Spain, 2017. Jo-Anne McArthur / Animal Equality / We Animals Media

The provinces of Alberta, Ontario, PEI and Manitoba have all now passed provincial legislation increasing penalties or creating new penalties for advocates photographing or engaging with farm animals on transport vehicles, at farms, in slaughterhouses or anywhere these animals are kept. Animal Justice is currently filing a charter challenge to Ontario’s ag-gag law.

“Ag-gag turns the attention towards journalists and activists who hope to expose animal cruelty, and away from the cruelty itself. It’s urgent that industrial farming be exposed and drastically curbed; billions of animals are suffering every moment of every day.” – Jo-Anne McArthur

Though courts typically overturn these laws, this takes time. During this time, journalists and advocates who attempt to document what happens inside factory farms can face stiff and frightening penalties simply for attempting to acquire information. The long term effect of this can be a chill on free expression and investigation, which benefits industries that prefer keeping their processes hidden.

Read more about the impact of ag-gag laws on our work as animal photojournalists and advocates in this Sentient Media interview with Jo-Anne McArthur.

Help tell the stories of hidden animals worldwide. The We Animals Media stock collection offers 13,000+ high-quality images and video clips to support your work, free for non-commercial use.

Donate today and help us continue telling the stories these industries want to hide.