0 Items
← The Pigs of God: Force-fed then slaughtered for spectacle Interview with Photographer Sammantha Fisher →

The Current State of Cetacean Captivity 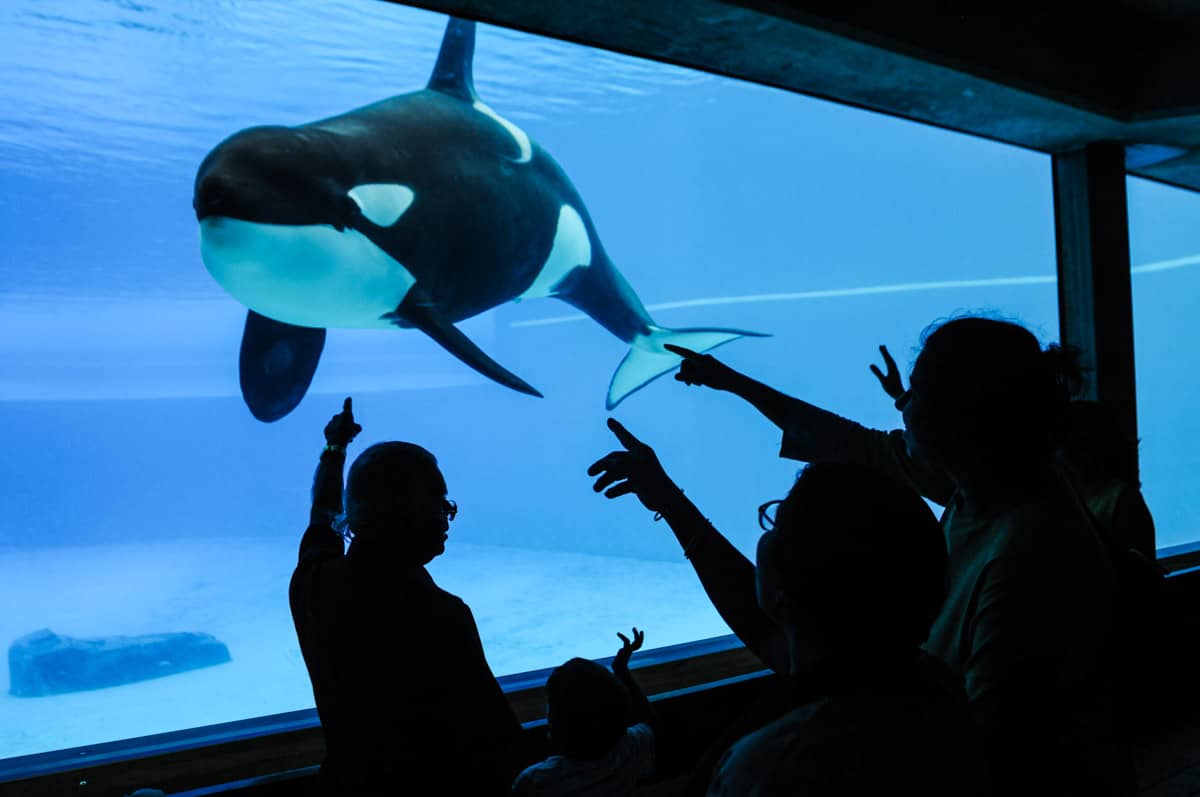 To view more images from this story, please visit our Aquarium gallery on the We Animals Archive.

For the estimated 2,000 to 3,000 whales and dolphins currently held in captivity around the world, life is bleak, boring and unnaturally short. These highly intelligent and social beings are bred, trained, sold and shipped like commodities, and suffer from physical and psychological ailments. An estimated 5,000 cetaceans have already died in captivity since the 1950’s, when the practice of keeping them in small tanks came to be, and all for the simple sake of entertaining humans (though sometimes under the guise of conservation and education). 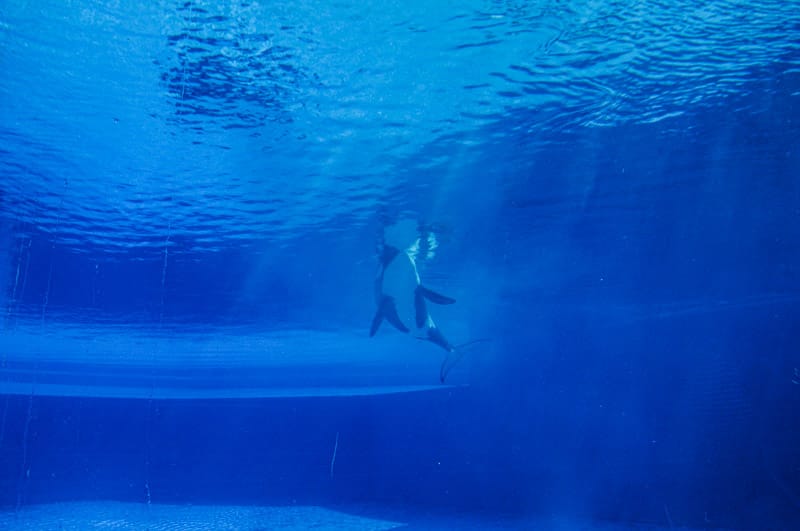 A captive dolphin at an aquarium. France, 2017.

Thankfully though, this issue has gained much social and legal attention over the last several years, with great help from the now-famous 2013 documentary, Blackfish. Cultural shifts are occurring and legal changes are being made – though in some places more than others.

But even as these evolutions are taking place, and whale and dolphin captivity is slowly being outlawed in more places, there still remains the question of what should happen to those still living in captivity, unable to be freed.

Captive dolphins on display at an aquarium. France, 2017.

At the Canadian Animal Law Conference (CALC) held in Halifax last month, experts on a panel entitled No More Whale Jails: Ending Cetacean Captivity in Canada, detailed the incredible story of how whale and dolphin breeding and captivity came to be banned in Canada earlier this year. From the senator who sponsored it, the lawyers who fought for it, the scientist, indigenous leader and grass roots activists who bolstered it, and the journalist who covered it, attendees heard just how – after the longest legislative battle in Canadian history – the unprecedented “Free Willy” bill was finally passed. The discussion offered great hope to those working to do the same in other parts of the world, where the business of keeping – and breeding – whales and dolphins in captivity  continues to thrive.

A performing dolphin and a child. France, 2017.

In the U.S., for example, there are no federal laws banning whale and/or dolphin captivity, though a few jurisdictions have outlawed it. Keeping cetaceans in captivity has been banned in the state of South Carolina since the eighties, and in Maui, Hawaii since 2002. As of 2017, no orcas can be bred, imported/exported or used for entertainment in the state of California. However, there are still approximately 20 whales and more than 500 dolphins suffering in captivity across the U.S. today.

In the EU, whale and/or dolphin captivity is banned in Croatia, Cyprus, Greece, Hungary and Slovenia. Despite those bans, 332 dolphinaria remain in other areas of the EU, displaying a reported 309 cetaceans.

Switzerland banned dolphin captivity in 2012 and sold their last remaining dolphins to a facility in Jamaica in 2013.

Whale and/or dolphin captivity has also been banned, or else so strictly regulated that it would be impossible to do so, in India, Costa Rica, Bolivia, Chile, Nicaragua, Brazil, Luxembourg, Norway and the UK.

It would appear that cultural and legal tides are slowly turning regarding whale and dolphin captivity and exploitation. This is not the case for many countries in Asia, however.  In China, for example, the number of whale and dolphin display facilities has grown rapidly in recent years. New marine parks are reportedly opening almost monthly in China, with the number of facilities nearly tripling since 2015. In order to keep up with the demand for these animals, an orca breeding facility was opened in China in 2017, as a way to both supplement the number of existing wild-caught animals and to replace those who die unnaturally young in captivity.

It is important to remember, however, that the existence of a captivity ban does not mean that cetacean suffering has ended. To the contrary, places where bans have been enacted continue to house suffering and exploited cetaceans.

In Canada, at least 62 cetaceans are still languishing in captivity, including a single orca, 40-year-old Kiska, and several young belugas who could potentially remain in their tiny tanks for decades.

A beluga whale on display at Marineland. Canada, 2011.

“Canadian aquariums should work with the Whale Sanctuary Project,” reads a statement from Canadian animal project group Animal Justice. “Aquariums have generated millions of dollars from displaying whales and dolphins over the course of many decades. It’s time for them to atone for their captivity programs by contributing these proceeds to sanctuaries that are working to provide a better home for captive whales and dolphins.”

So far, this has not happened.

Because, while relying on business owners to give up their money-makers and hand over their profits in the name of doing the right thing is a nice thought, what is really required to end the exploitation, breeding, selling and captivity of whales and dolphins, is to strip these activities of their value. Without an audience or tickets sales, whale and dolphin shows will prove unprofitable. Without the whale and dolphin shows, there will be no more captured, bred and captive whales and dolphins. No more needless suffering.

To view more images from this story, please visit our Aquarium gallery on the We Animals Archive.

Prolonging Death: The Practice of Fish Tethering in Asia

← The Pigs of God: Force-fed then slaughtered for spectacle Interview with Photographer Sammantha Fisher →
Share This