0 Items
← Step into the World of Animal Photojournalism Nations of Their Own: A We Animals Media Feature Film by Kelly Guerin →

Interview with Amy Jones and Paul Healey of Moving Animals 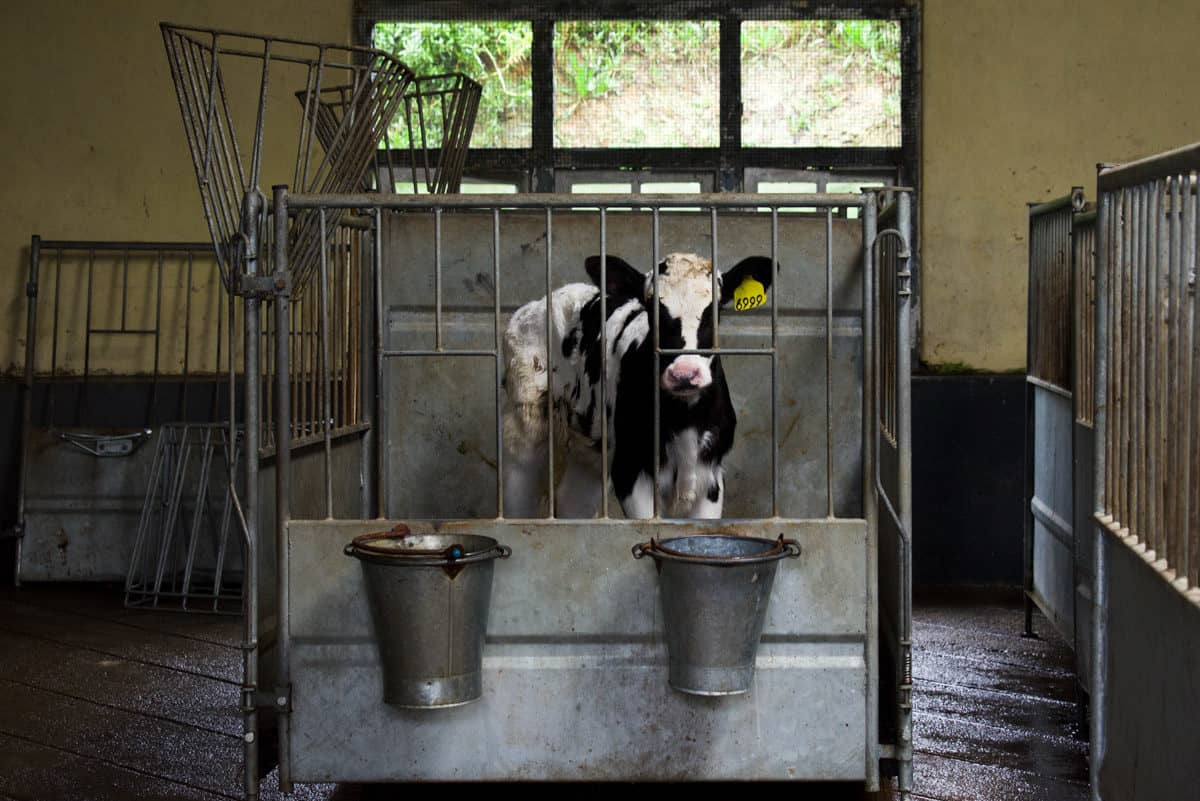 You can view the Moving Animals archive and read more about Amy and Paul’s work at movinganimals.org.

Amy Jones and Paul Healey are the dynamic photographers and activists behind Moving Animals. We Animals Media caught up with them recently about their international investigative work for animals, and how they set out on – and sustain – this rewarding and difficult journey. 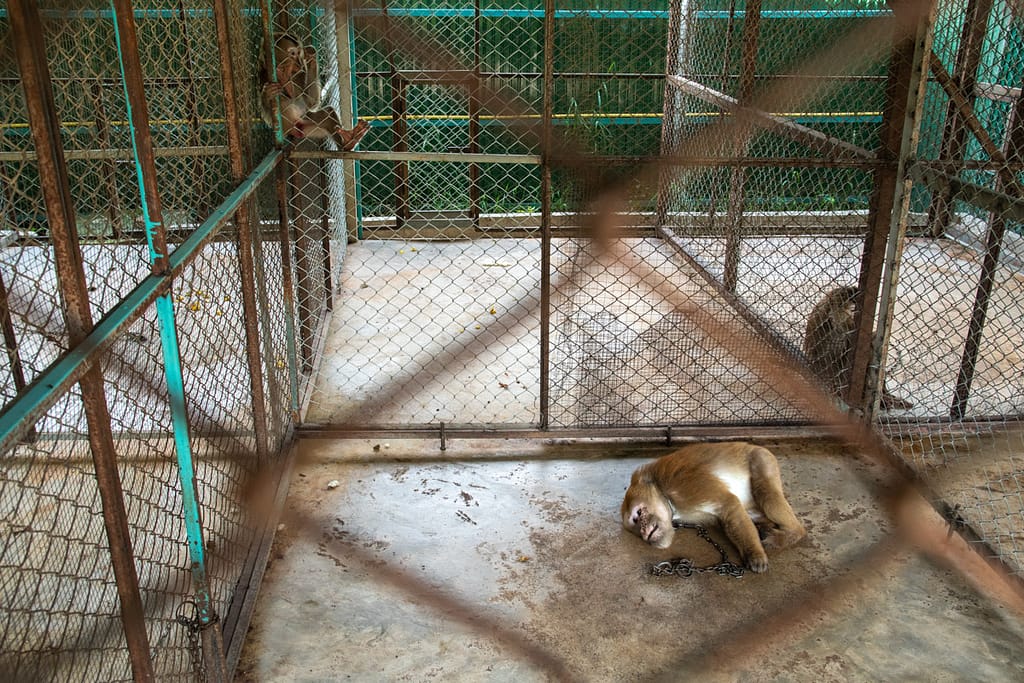 It’s really interesting that you decided to leave your careers and undertake a project with global impact, essentially creating a small organization and spending all of your time documenting the stories of animals. What was your experience in the photography world prior to this decision, and what pushed you to make this massive change in life and career?

We’d always been interested in using photography and videography as a tool for activism. Before starting Moving Animals, we both worked for PETA UK. I worked in digital production creating videos, and saw first-hand the impact that photographs and footage can have on raising awareness for animals.

In all honesty, my experience in the photography world prior to Moving Animals was next to nothing. I’d practised photography on a personal level for a few years, but that was about it. Now, it has become a huge part of my life. Since starting Moving Animals, I’ve set out to read and learn as much as I can about photography, and we’ve now spent over a year behind the lens of the camera – this constant practise has been invaluable.

What is it like working as a team on animal stories? Would you say there are cons as well as pros?

Working as a team is (mostly) brilliant. During shoots, I spend my time taking photos whilst Paul concentrates on filming. This means we can work and focus on our own individual tasks. Visiting places where animals suffer can take an emotional toll, so it’s comforting to be able to lean on each other when we need to.

One way of dealing with the amount of suffering that we witness, is to channel our emotions into driving us to work harder – and so it becomes hard to switch off and say “that’s enough work for now”. Since we’re always together, it can be easy to constantly talk about the project between ourselves, making it difficult to separate the project from everyday life.

I’m sure our audience is curious to know how you fund your worldwide travel for animal investigative work. How are you making this happen?

Good question! For years, we were lucky to earn a decent-enough wage from our professional work to save a little bit of money every month. Over time, this added up to a couple of thousand pounds between us, and we knew we wanted to use these savings to start Moving Animals.

All of our work is available for free – we don’t charge for photography usage or media pitches as our sole intention is to spread awareness of animal exploitation. This means that we need to keep on top of costs whilst searching for other ways to support our work more sustainably.

Along the way, I work as a freelance writer which helps maintain our travels and any direct project costs, and we’re incredibly lucky to have received support from the Culture and Animals Foundation, as well as individual donors.

We have limited, inexpensive gear – something that can make things a bit harder at times, but it helps to keep our costs low. And during our travels, we stay in very cheap accommodation, eat cheap food, and travel by land wherever possible to limit both our environmental impact and costs. It can be demanding (regular 12-hour night buses can take their toll) – but we love what we do and wouldn’t change a thing about it.

Your work has been seen by a broader audience recently with The Guardian’s publication of your footage at a Cambodian slaughterhouse. How did that collaboration happen, and do you frequently pitch your material to the media? How has this slaughterhouse story been received thus far?

The best way, we believe, to help fight against the injustice that is happening to animals, is to sway public opinion, and so Moving Animals revolves around ensuring that our visual content is covered in some of the most engaged-with and far-reaching platforms.

Since launching Moving Animals in June 2018, we’ve been lucky enough to have our work featured in over 100 different media outlets. Thanks to the power of social media, our footage has been seen by over eleven million individuals, and our photographs have been used by various animal rights organisations.

In the planning stages, we try and think of ways to tell these stories in creative ways which will engage people. What does the media want to post about, and how can we fill that space with stories that relate to animal rights? Many platforms have their own style and so we try to tailor a specific story to a particular platform and then pitch it directly to the editor. That is how we collaborated with The Guardian, as we felt the story would support their focus on global farming and the growth of Asia’s meat industry.

It can be difficult to get audiences engaged with slaughterhouse stories – and so we were so pleased that a mainstream, global publication like The Guardian chose to cover it. Not only that, but they published it alongside a We Animals piece about similar practices in Thailand, which showed just how prevalent these slaughterhouse horrors are across the world.

As a result, the story spread awareness through local Cambodian press in print and online, and the amazing Animals For Asia coalition have used the coverage to reach out to the Cambodian government to urge them to implement basic animal welfare laws across the country. We’ll be continuing this campaign to push for further, substantial change for animals over the next few months.

Can you share with us about some really intense or poignant situations you’ve been immersed in? Why do they stand out? Did they change you or how you work?

Every shoot feels intense on some level. I think it’s the combination of emotions: the sadness, the violence, and even the occasional fear for our own safety. That said, there have definitely been a few shoots that stand out.

Earlier this year, we were documenting Phuket Zoo in Thailand. We met a skeletal baby elephant who was forced to “rave” to music, “play” musical instruments, and perform tricks. Tourists laughed and took selfies, all while this baby elephant stood with his eyes closed, quietly sucking on his trunk.

To engage with the media storm created by the Disney film being released that same week, we named him “Dumbo”, and started a petition asking for him to be retired to a nearby sanctuary. His story went viral, and was published by media outlets, television channels, and social media platforms around the world.

We felt hopeful – over 200,000 people demanded that the zoo release him to a sanctuary, which resulted in the Phuket government stepping in to order a health check-up for Dumbo. But in a tragic turn of events, “Dumbo” passed away before he could be rescued.

This campaign showed us how a single animal’s story can help to spread awareness of a wider issue, whilst also offering hope – there was so much momentum that “Dumbo’s” freedom was a possibility. The outcome was tragically different, but we hope that his story will continue to influence and engage the public and law-makers, to help fight against captivity and animal performances, and we’re continuing to campaign against Phuket Zoo.

Do you have any animal organizations that you have loved working with, or hope to work with?

On a personal note, one thing that really inspires us along the way is visiting animal sanctuaries. We’ve been everywhere from camel sanctuaries, to a dog sanctuary home to over 1,500 dogs – and they always have the most hard-working and passionate activists working tirelessly to make sure that these lucky animals have the lives that they deserve.

What are your plans for the coming years?

We’ve just returned to the UK after documenting in South-East Asia, and so we’ve built up a collection of four months’-worth of photographs, footage, and stories that we’ll be working on and pitching to press over the next few months.

We’ve also just launched an in-house campaign and media project, which urges UK universities to ditch beef, due to its role in environmental destruction and animal suffering. We’re helping universities to make the change, and have received an amazing response so far – we hope to soon reveal some of the universities that are banning the sale of beef products.

During our time in the UK, we’re also excited to work with Animal Rebellion on the photography and videography side of things. They’re planning some huge disruption events this year to draw attention to the animal agriculture industries, and can’t wait to see the impact that they have.

We also intend to document in the UK, and start work on a short documentary film which focuses on the emotional and mental labour of those who work in animal agriculture. Then, we’ll be planning our next trip to do everything over again!

You can view the Moving Animals archive and read more about Amy and Paul’s work at movinganimals.org.

← Step into the World of Animal Photojournalism Nations of Their Own: A We Animals Media Feature Film by Kelly Guerin →
Share This