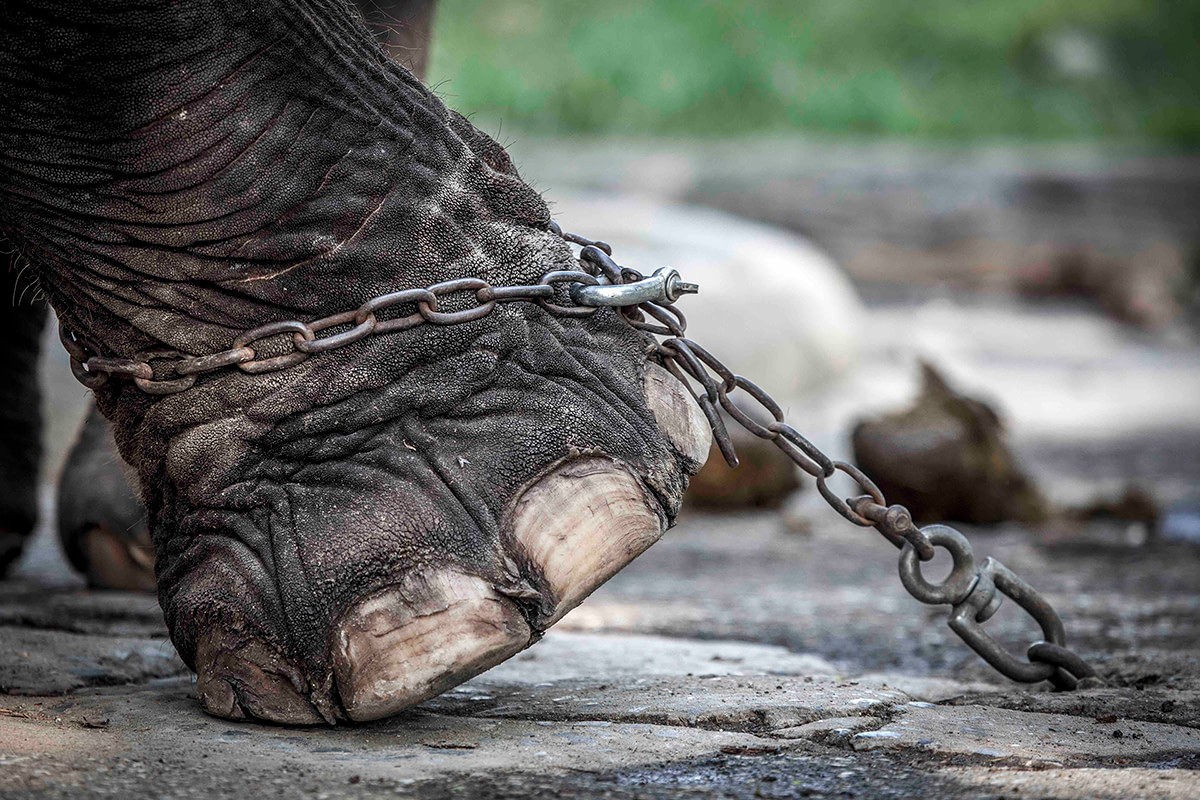 Aaron ‘Bertie” Gekoski is an environmental photojournalist, television presenter, and filmmaker. He recently won the 2017 Wildlife Photographer of the Year photojournalist category. We spoke to him about his work, what motivates him, and his plans for the future. 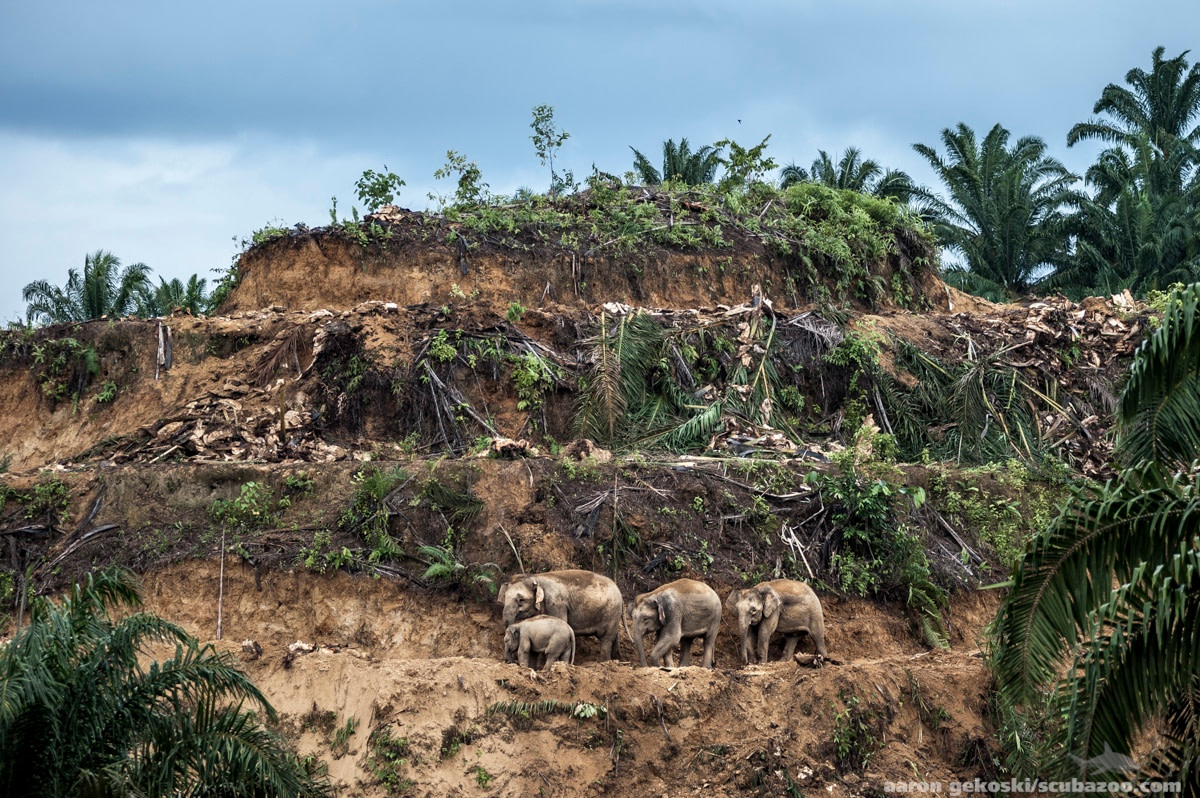 Why did you start taking photographs of animals? What draws you to this work?

I always adored wildlife films and David Attenborough is – like for so many other Brits – a childhood hero. In 2009 I left behind a corporate life in London to do a wildlife film-making course in Africa.

Afterwards I headed to Mozambique to learn about underwater filming. There I met two guys working on a documentary about shark finning, who needed a photographer. I bought a camera and spent a couple of years documenting the industry with them.

Then I began submitting my work to magazines, with some success, before looking into other stories of human-animal conflict around Africa. In the process I went on a mission to expose Namibia’s seal cull, pursued the ‘tortoise mafia’ through Madagascar’s sacred forests, trained as an anti-poaching ranger in Zimbabwe and much more. Everywhere you turn in Africa there are fascinating and complex stories that need more exposure.

This profession enables you to visit some of the most beautiful and inhospitable places on the planet and work on issues that may otherwise go unnoticed. In the process, you see the best, and worst, of humanity. There are few tools as powerful as photography for telling these stories.

Do you have a favourite image of yours depicting the human-nonhuman animal relationship? Why is this image special?

My favourite image changes regularly but for sheer impact it has to be my winning photograph at this year’s Wildlife Photographer of the Year competition: ‘Palm-Oil Survivors.

While most people know of the problems facing Borneo’s orangutans, fewer are aware that Borneo’s elephants are in a much more precarious position. There are only around 1,500 of them left in the wild due to human-animal conflict. Not only are they losing their homes to the palm oil industry, but they are being shot and poisoned, or leaving their babies behind in plantations.

Since the award, I’ve received emails from people all over the world expressing their sadness and anger at the situation. Many had educated themselves about the palm oil industry as a result of the image. This is the power of photography: a single image can have a profound, lifelong effect on a person, and evoke real change.

What has been the reaction to your work, the positive and the negative? Is it influencing, impacting, as you hoped it would?

Conservation traditionally has a negative reputation in the media – it’s seen as depressing or for anoraks. However, conservation can be ‘cool,’ it can be fun, and it’s certainly interesting. This is something I am trying to address, particularly through film projects. We’re calling it ‘funservation’ (much to the chagrin of my colleagues). People have responded well to the style and the series I present on www.scubazoo.tv are getting good ratings.

Thankfully, attitudes towards environmentalism seem to be slowly changing on a global level. Look at all the recent coverage of plastic pollution for example. Amongst younger generations you may now be chastised for drinking out of a straw. And that’s great!

Another example is the Wildlife Tourism industry, which is my current area of focus. The goal is to bring attention to the suffering of animals for tourism and to create a platform so people can #raisetheredflag and report abusive operators. My recent photographs of Thailand’s Wildlife Tourism industry also received a huge amount of attention. There’s nothing like a picture of an emaciated orang-utan in a bikini or gorilla in a shopping mall to make people angry.

I have been overwhelmed by the response of friends, contacts and complete strangers to the campaign. Someone is building the platform for free, another bought me a new camera, the posts have gone viral on social media, my GoFundMe page has received lots of donations. I think part of its success is that Wildlife Tourism affects us all. Also, many aren’t aware of the suffering that goes on in front of their eyes and behind closed doors.

It hasn’t all been positive though – I read a forum where users said they hope I get arrested if I try and enter Thailand again and charged with defamation! With this type of work you will inevitably ruffle feathers and you need to accept this. Another winner at this year’s WPOTY competition has been jailed 11 times because of his job. Now that’s dedication.

Images have the power to create so much change – how do you see the role of photojournalism evolving in the world of wildlife and environmental conservation?

Photojournalism has changed immeasurably over recent years. Firstly, due to the sophistication of mobile phones and affordability of camera gear, anyone can be a photojournalist. The right imagery can go viral on social media and reach a large number of people in a short space of time.

Whilst there are obvious advantages to this, it’s become harder for us ‘professionals’ to make a living. Asides from the top photographers at National Geographic, there are very few who can make a living doing this now, so it’s important to branch off into areas that compliment your work as a photojournalist.

Some people lead photography tours, whilst others may take on commercial photography jobs. I present shows and make films. But making a living solely off environmental photojournalism is very difficult indeed. I hope this doesn’t put off budding photojournalists but it’s important to be realistic about the challenges.

How do you tell the stories of such huge issues, like the exploitation of our environment and animals in captivity, without overwhelming viewers?

That’s a very good question. We are confronted with so much negative imagery that it’s easy to become overwhelmed: whether it’s plastic pollution, veganism, overfishing, or Wildlife Tourism, there are a lot of important issues to get passionate about.

However, people need to see that there is hope so we need to be solution-focused and realistic. Let’s again take Wildlife Tourism as an example. Boycotting all zoos and aquariums will never happen, but we can encourage people to make more responsible choices: like never riding on an elephant, or taking a selfie with a chained-up tiger, or watching any shows where animals are made to perform.

It’s also important to pick and choose your imagery. I rarely publish gory photographs as these can turn people off. It’s much more powerful to imply cruelty – for example a bloodied hand holding down an animal that’s about to be slaughtered as opposed to its carcass. If your work is so shocking that no one will look at it, then what’s the point?

What has been your most challenging shoot to date as a photojournalist? Where did it take you and what obstacles did you face in order to get the photographs you were looking for?

Whether it’s dust and humidity, working on the high seas, or going undercover, every environmental shoot has its challenges. I was recently filming in South Africa for Discovery Channel, documenting the world’s global bycatch crisis in incredibly rough seas. Ironically for an underwater photographer, I get incredibly seasick. I must have thrown up over 50 times, to the point I didn’t care whether the crew threw me overboard or not.

As I was presenting the show, I had to try and look, well, ‘presentable’ – no mean feat when you’re glowing green and look close to death. It didn’t work. I remember the boat being buzzed by mako and blue sharks and I had to jump in and get some images of them. Being in the water often makes things better, but it just made me feel worse. I was bobbing around in a cloud of my own vomit surrounded by sharks! Perfect chum. I literally kissed the floor when we got back to shore.

You’ve worked with a number of international publications and won some big photography awards— how do you feel this has supported your work? Has it enabled you to venture into new territories, engage with new audiences, and present your work in more influential spaces?

Winning awards definitely opens doors and elevates your status, particularly amongst your peers. There is a prestige to winning awards such as WPOTY, which is seen as the Wildlife Oscars. It’s also a major plus when pitching for new contracts – clients like to know they’re working with a photographer whose work is seen far and wide.

It also provides additional credibility as a TV presenter. Viewers need to have confidence that their host is at the top of their game. It’s taken me 10 years of hard work, and I am far from an expert and have a huge amount left to learn, but I’m getting there. My goal is to be one of the world’s top environmental photojournalists within the next few years.

In terms of working with international publications, it’s important to keep getting your work in print and reach new audiences. I try to place my articles in as many outlets as possible, to reach different demographics. It’s important you don’t just preach to the converted as that won’t change anything.

What are your plans for the future? Will you continue to focus on wild animals and their environments?

I am in a happy space right now and am working on issues I feel passionate about. I will continue presenting series for ScubazooTV, along with making my own environmental films. I will be working on a documentary about dog eating in Indonesia later this year, which will be fascinating.

I will also continue to work on this Wildlife Tourism project. The platform will be ready to launch later this year and in the meantime I will carry on travelling with my camera, doing what I enjoy most: exposing stories of human-animal conflict. People can learn more about the campaign here.

Not many people are fortunate enough to say they have found their calling in life, but I have found mine. In one capacity or another, I will continue doing this work forever (or until the Thai mafia get me). As human populations continue escalating, conflict with animals will only increase. Sadly, there are plenty more stories on the horizon, just waiting to be told.