May 19, 2022 | Animals Used for Food, Entertainment and Work, Photographer Interviews 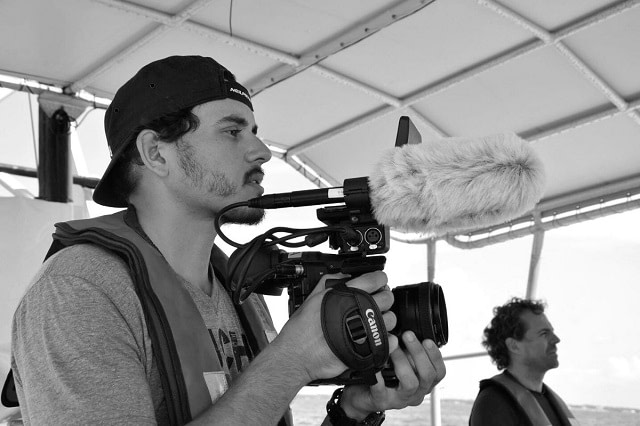 We Animals Media contributor Miguel Endara is a director, filmmaker and co-founder of Vidara Films, a film production company dedicated to creating films about veganism and animal rights. Through his work, he hopes to expose truths, challenge norms, and show us realities that will help make the world a better, more humane place.

We spoke with Miguel to learn more about his filmmaking and what drives him to do this important work.

We Animals Media (WAM): Which came first for you: animals or filmmaking? Can you tell us a little about your path to where you are today?

Miguel Endara (ME): I began working as a writer and videographer for a TV company in 2013, back when I didn’t even know what a vegan was. It was around that time that I was being assigned stories about environmental justice issues, which was a topic I knew very little about. Fortunately, that’s when I met very influential people doing incredible things for the planet, like Ian Somerhalder, Sylvia Earle, Mark Ruffalo, and Leilani Münter, just to name a few.

Leilani was the first vegan I had ever met, at least to my knowledge, and was the first person to open my eyes to the many arms of animal exploitation. Curiosity then led me to voluntarily start watching documentaries and videos about the meat, dairy and egg industry, all of which, again, I knew very little about. So it wasn’t long after being informed of their respective practices that I decided that I just couldn’t be a part of this network of abuse anymore.

After a few years of being vegan and a filmmaker, I became a vegan filmmaker. I now focus all of my energy on producing stories about the plight of animals and to educate others about the unnecessary suffering that animals experience everyday. 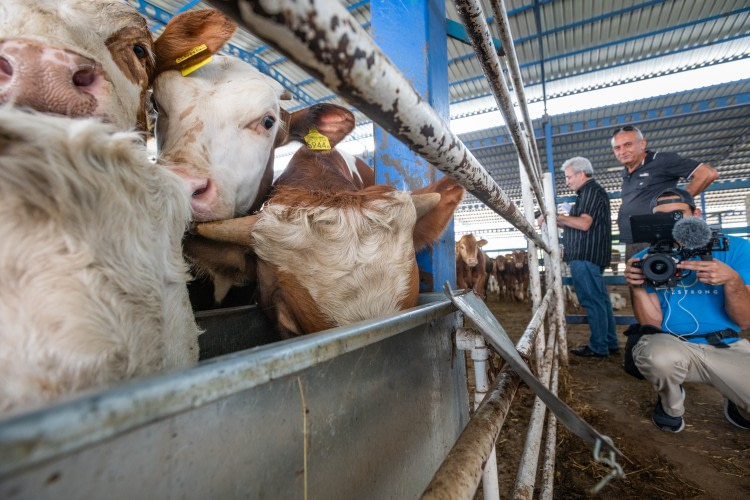 We Animals Media contributor Miguel Endara in the field documenting animals being transported for slaughter across Europe through the Bulgarian-Turkish border. Turkey, 2018.

ME: Given that my work focuses on the cruelty, oppression and exploitation of animals, it’s hard to find any part of my career enjoyable. That being said, I do look forward to meeting other advocates who share similar goals. It brings me great comfort to know that it’s not just me out there, that I’m part of a larger effort to get us to discontinue animal use. Working with others also reminds me that what I do isn’t so crazy or extreme or radical after all. Not wanting animals to suffer is, and should be, normal.

What I find most challenging, besides the obvious, is not being able to stop humans from hurting animals who are directly in front of me. Filming another human resting the barrel of a bolt gun on a cow’s forehead before shooting them, hanging them and slitting their throat, while not being able to stop any of those things, is one of the many examples that makes my job, and the job of so many other animal rights photojournalists, so incredibly difficult.

Cows being transported for slaughter from across Europe through the Bulgarian-Turkish border. Turkey, 2018. Miguel Endara / Vidara Films / We Animals Media

Lesley Moffat and a local vet examine a calf in distress at the Turkish Border. Animals are transported from all across the EU through the Bulgarian border to Turkey for slaughter. Turkey, 2018. Miguel Endara / Vidara Films / We Animals Media

WAM: Your latest film for We Animals Media, Moving Animals tells the story of Jo-Anne McArthur’s work at the Turkish Border documenting the long-distance transport of animals. Can you tell us a little about your experience creating this short film?

ME: It was a roller coaster of emotions, where the highs were met with feelings of immense gratitude for being able to work with someone I so greatly respect and admire, and where the lows were met with constant reminders that no matter where I am in the world, humans will continue to exploit animals with no remorse. I also learned a lot about live export and the politics involved in transporting animals across borders. It’s a dirty business, which I was aware of, but the extent at which humans will deprive these animals of their basic needs is something I didn’t know much about until I saw it with my own eyes.

I also learned that the only way I can witness animal exploitation and the killing of a helpless animal is by hiding behind the comfort of my own camera. Without it, I would crumble.

WAM: What do you like and dislike about animal advocacy filmmaking? Where are there big strides that still need to be made?

ME: Well, for starters, there just aren’t enough animal advocacy films out there. If you’re reading this and thinking, “That’s not true! There’s so many films out there,” remember that most of the ones you’re thinking about are focused on recommending a global shift to a plant-based diet for the benefit of our health or the environment, not so much for the animals. Animals benefiting from this shift is almost treated as a bonus. I do think these films are necessary for all to see, but when very little is mentioned about the cruelty to animals and their intrinsic desires to not be used and exploited, then we miss out in tackling the root of our oppressive behaviors as a species. If we can create more films that focus on ethics, empathy and compassion, then perhaps it becomes easier to see the animals for who they are, and not for what they can or cannot do for us.

Jo-Anne McArthur photographing a cow inside an animal transport truck parked near the Turkish Border. Animals are transported from all across the EU through the Bulgarian border to Turkey for slaughter. Turkey, 2018. Miguel Endara / Vidara Films / We Animals Media

Cows are being corralled into an animal transport truck at a feed station near the Turkish Border. Animals are transported from all across the EU through the Bulgarian border to Turkey for slaughter. Turkey, 2018. Miguel Endara / Vidara Films / We Animals Media

WAM: Who inspires your work? Which do you think are the best and most effective animal rights films (either short or long form)?

ME: While not a perfect film, I do think Blackfish has been the most effective animal rights film to date. Not only did it help me towards becoming vegan, but it quickly changed the status quo around the world. The film single-handedly reversed how people viewed marine mammal captivity within weeks of its release, which caused a worldwide massive disturbance to aquarium theme parks that are still felt today, almost 10 years later. I also think the director, Gabriela Cowperthwaite, did an outstanding job crafting a story about the struggles of a helpless animal in the same manner we would talk about the struggles of a helpless person. By individualizing the animal, she gave the viewers a compelling reason to feel angry and heartbroken, which is difficult to do in a world that is too used to looking the other way. I only hope we can use this framework in order to do the same for other animals, specifically those who are used for food, fashion and entertainment.

Lolita the Killer Whale leaps into the air and splashes water onto spectators at the Miami Seaquarium as she enters back into the water. Born in 1964, Lolita is a female orca who is currently the second oldest and one of the largest female orcas held in captivity. USA, 2022. Miguel Endara / We Animals Media

ME: Do what scares you. If you find yourself in an uncomfortable situation, good. That means you’re in the right place. We each have to come to the realization that any path towards equality and liberation will always be met with opposition. It’s as ugly as it is unwelcoming, but that shouldn’t stop us from pulling out a camera and doing what’s necessary. The only reason why these unethical industries got away with so much for so long, was because they operated far away and behind closed doors, decades before we had the right tools to expose them. But things are different now. The accessibility of phones and cheap cameras, along with the arrival of the internet and social media, have all made it significantly easier to educate others about animal exploitation. And while there are many of us out there with cameras, we still need a bigger team.

As for the media, I offer a gentle reminder that journalism has always been, and will continue to be, an effective catalyst for social change. For all the good that it can do, animal photojournalism deserves its spot on the front page more than ever.

Video clips from some of Miguel’s film projects are now available in our stock collection.

Interview by We Animals Media. All films and video clips copyright Miguel Endara.
Use Video Clips From This Gallery

In The Field: Moving Animals